Yes, the headline is correct. The official photos aren’t published yet, but the photos seen below were posted on Instagram by photographer Steven Klein. 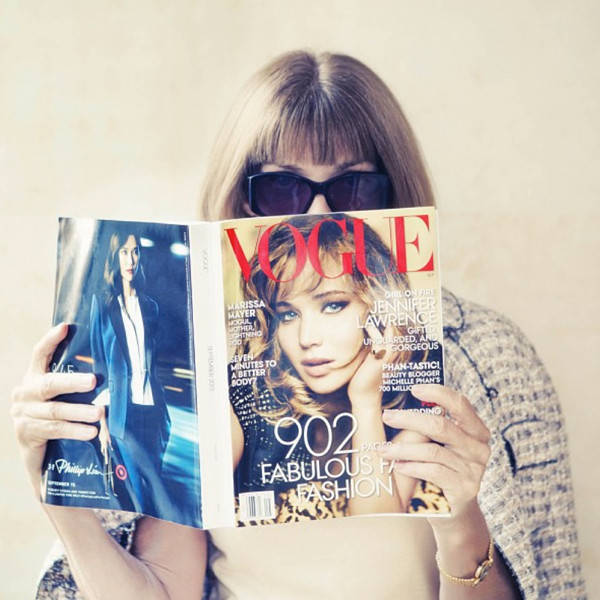 Klein, being 52, should have used better judgement in being a part of this photoshoot, but Vogue should have better sense than to ever create this concept in the first place. Anna Wintour, editor at Vogue, has been known to push lines with fashion, but this concept was crossing was not only distasteful, but completely ignorant to the issues facing the African-American community.

As stated earlier, Klein posted the following pictures on his instagram feed, with pride in his captions, which also comes across as ignorant. I have reached out to Klein for his comments on the pictures, and what was the concept for the shoot and why even participate, but have yet to receive a response.

It seems that as far as we come, the issues of minorities are deemed less serious, and they are used as jokes with in the white community (not all however). The fact that Wintour, with years of editorial experience under the belt, though this shoot was okay is beyond me. The photoshoot is trying to glamorize the tragedy happening in the black community, trying to make racial and political issues sexy.

“Barking up the wrong tree” was used to describe one of the photos posted by Klein. As you can tell, there seems to be no understanding of what’s wrong with this concept by Klein, seeing as how people commented about the pictures, he still left them up, and went on about his photography business. 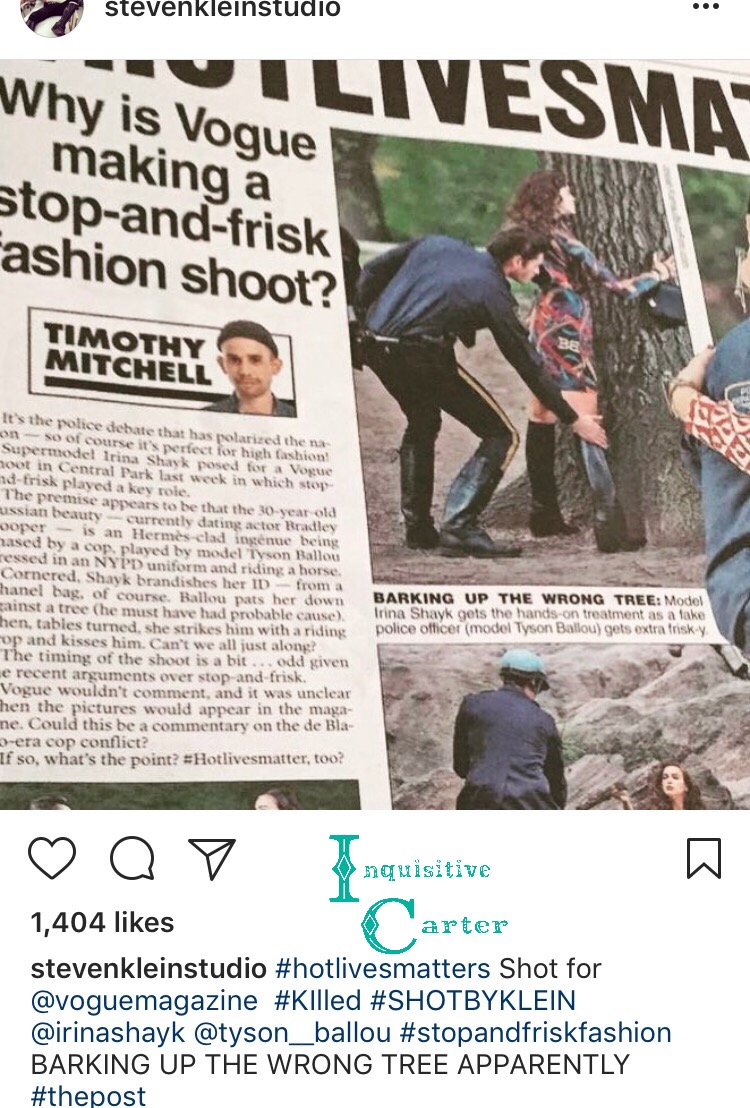 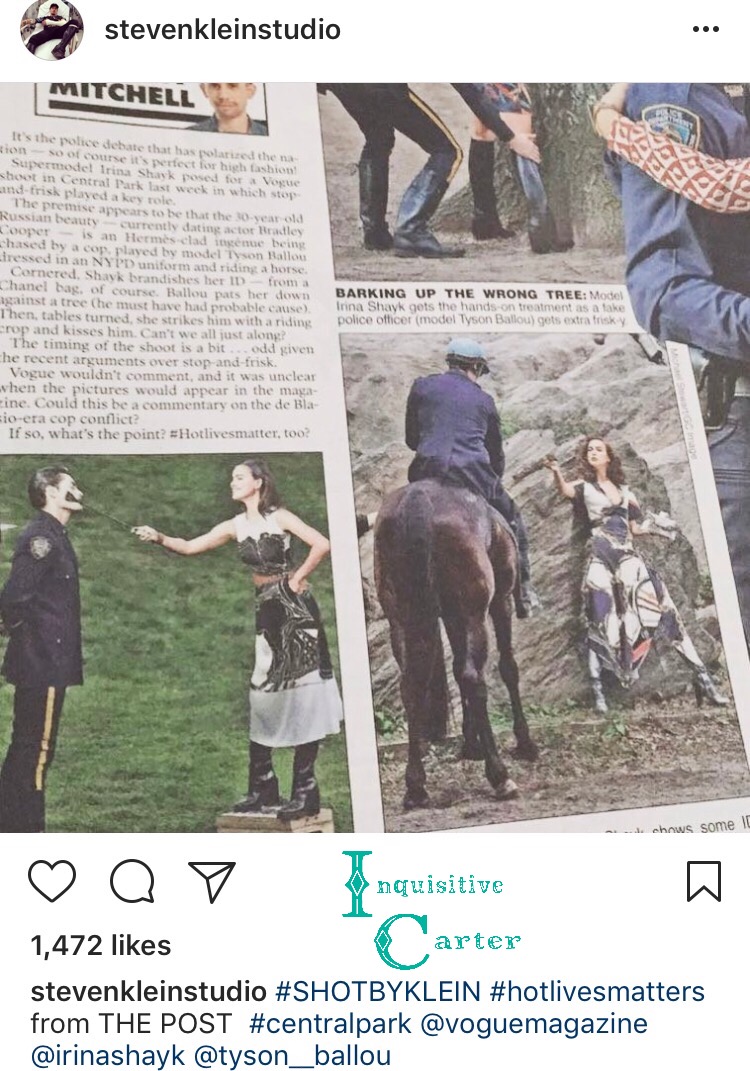 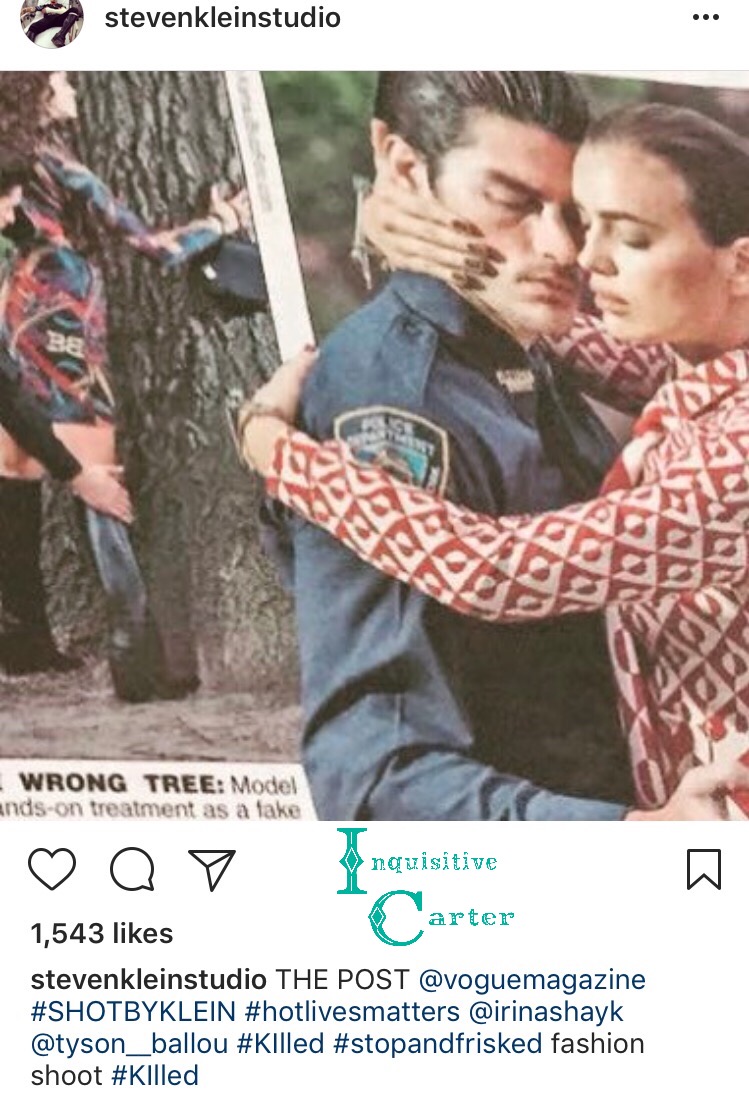